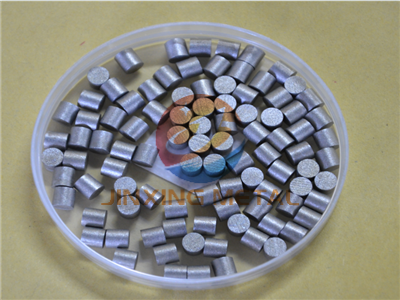 TYR supplying especial specifications crucibles, can be made per requested data and drawing.

Laboratory crucibles, A crucible is a cup-shaped piece of laboratory equipment used to contain chemical compounds when heated to extremely high temperatures. Crucibles are available in several sizes and typically come with a correspondingly-sized crucible cover (or lid).

When heated over a flame, the crucible is often held inside a pipeclay triangle which itself is held on top of a tripod

Materials and description, Crucibles and their covers are made of high temperature-resistant materials, usually porcelain, alumina or an inert metal. One of the earliest uses of platinum was to make crucibles. Ceramics such as alumina, zirconia, and especially magnesia will tolerate the highest temperatures. More recently, metals such as nickel and zirconium have been used. The lids are typically loose-fitting to allow gases to escape during heating of a sample inside. Crucibles and their lids can come in high form and low form shapes and in various sizes, but rather small 10–15 ml size porcelain crucibles are commonly used for gravimetric chemical analysis. These small size crucibles and their covers made of porcelain are quite cheap when sold in quantity to laboratories, and the crucibles are sometimes disposed of after use in precise quantitative chemical analysis. There is usually a large mark-up when they are sold individually in hobby shops.

Evaporation is a type of vaporization of a liquid that occurs from the surface of a liquid into a gaseous phase that is not saturated with the evaporating substance. The other type of vaporization is boiling, which is characterized by bubbles of saturated vapor forming in the liquid phase. Steam produced in a boiler is another example of evaporation occurring in a saturated vapor phase. Evaporation that occurs directly from the solid phase below the melting point, as commonly observed with ice at or below freezing or moth crystals (napthalene or paradichlorobenzine), is called sublimation.

Application for Film deposition, Thin films may be deposited by evaporating a substance and condensing it onto a substrate, or by dissolving the substance in a solvent, spreading the resulting solution thinly over a substrate, and evaporating the solvent.

The rate of evaporation depends on the material and such factors as the temperature, the surface area, amount of ventilation, and the pressure exerted on the surface

Thermal vacuum deposition is one method for fabricating thin films under a high vacuum environment also addressed as "thermal evaporation method". With this method, an electron beam (e-beam) or resistive heating is usually used to evaporate the desired material inside the vacuum coating chamber, which then adheres to a substrate placed above it. This method can classified as a form of PVD, which stands for physical vapor deposition, and is suitable for fabricating high-quality thin films with thicknesses on the order of nanometers on glass, plastic, films, metals, and almost any other kind of material. An e-beam can be used to melt evaporation material with melting points even above 2000 degree, which are common for thin films on optical components, some of which consist of more than 300 layers.

Our evaporation material can be used to manufacture the following:

optical thin film coatings such as AR coatings, HR coatings, and coatings for most optical filters